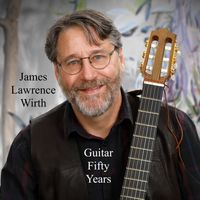 Written before her passing into shamayim at age 40, however, now to memorialize Andrea Neitzel, who never spoke, nor walked, run, fed or bathed herself, absolutely all her life dependent on those who loved and cared for her night and day.
She heard the heavenly music on earth, and was evidently finely tuned to the unearthly above, and moved dance-like with tambourine prone on the floor often during worship times provided by her parents Gary & Ladell, and myself betimes. She also laughed, squealed, smiled, and ran the full range of emotional and spiritual life.
May El Shaddai grant to us the appreciation of the lives of those who possess profound disabilities, and who never in their lives can communicate in the ways that we value, but in so many ways reflect the glory of Elohim and His Kingdom, often in subtle ways that we overlook.
I had sang to her some of my songs, notably "Blessed Name" close to her, and I believe she became familiar with my voice, and enjoyed my musical ministry. Her countenance and gaze was most often 'otherworldly.' it appeared to me as if she was constantly gazing into the Kingdom of Heaven. I'm convinced she was. How may we receive this rare gift, when we are so tied to the earth, so capable, full of cares, tasks, and surrounded by the needy among us? Elohim is able to impart to us His grace in such a way that we can glimpse into the eternal heavenly realm. May we not underestimate his ability to make us aware of his presence!